This is a story that you have heard before.

This is a story about a man who has it all. He has talent, fame, good looks, money, a beautiful and successful partner – almost everything that American society tells our youth they should want to achieve. Everywhere he goes, people’s jaws drop. He has adulation; young people in particular adore him and want to be like him.

He also has an addiction; or rather, he had one, because last week, it killed him. 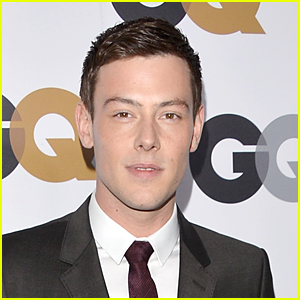 Cory Monteith, star of the television show “Glee”, died – apparently alone – in a luxury hotel in Vancouver sometime over the past several days. Mr. Monteith has had a public and on-going stuggle with substance abuse nearly his whole adult life. His first attempts at treatment reportedly occurred at 19 and were on-going as recently as earlier this year. At age 31, an apparent overdose killed him.

I have a confession. I never watched “Glee”. Well, I watched one episode and decided that it wasn’t for me. I have no personal appreciation for the show or for its characters and actors. Neither do I particularly follow the trappings of young hollywood, in general.

When the famous fall victim to their addictions, they should receive no more pity or attention than when an anonymous person does. Unfortunately, they do, and because of that, their struggles are teaching moments for us all.

All of us find the pleasures that certain circumstances give us rewarding and desirable. Whether it’s good food, sex, the comfort of family and friends or even a drug (coffee counts!), we sometimes crave the pleasure and put considerable effort into obtaining it. For some people, they have experience with the intensity of pleasure that some illegal drugs elicit. But for all these things (natural and unnatural rewards, alike) there is a risk. Some people (the minority of all the people that ever experience them) will demonstrate an escalation of their preoccupation with the reward and will increase their seeking and and consumption of it. They will spend more and more time obtaining the thing and will consume ever greater amounts of it. They may begin to experience life problems as a consequence. At this point, many of them try to stop their problematic behavior, and it is then – for the first time – that they realize what an addiction really is because they will fail and relapse. You see, the reward/drug has the control.

Every time the disussion of addictions is had, there is always at least one simpleton who feels the need to assert the experience of a “friend” who used drugs and quit with no problem … implying that the failure of treatment in others is somehow voluntary. This is simply not true; rather, the story means that only some people that use drugs get addicted to them. Those that don’t, quit easily. Those that do, are trapped in a progressive disease that may well end their lives. Some people, unfortunately, are much more susceptible to this transition.

Mr. Monteith’s story is not terribly unusual. He apparently completed rehab in April of this year. Rehab can have a sordid consequence when it’s not followed up with intensive therapy and follow-up. When people are using a drug regularly, their body becomes tolerant to its effect (the body has the capacity to become resistant to the effects of the drug). The amount of the drug they need to achieve the desired effect gets, correspondingly, larger and larger. Eventually, they are able to take doses of the drug that are higher than ones that would profoundly sicken or kill a non-user. When they then stop using the drug, for example – while they are in rehab, the amount of drug they can safely take goes back down; their body loses its tolerance, just like it gained it to begin with. If, post rehab, they relapse and use the drug in the amount and manner than they did before they sought treatment, there is a chance they will not survive the experience.

Over the forthcoming days, the facts and events that led to Mr. Monteith’s death will be splashed over the pages of every newspaper in the land.

His story, however, is played out every day in small communities around this country. He is only one example of a victim of a disease that knows no bounds. The anonymous die every single day in this country because of their disease, and their plight must not be ignored.

And in many cases, even the love of family, friends and a partner cannot stop it.

And in many cases, even the best treatments we have cannot stop it.

The hope for people suffering from this disease is scientific research into the mechanisms, causes and targets of treatment for addiction. It’s why we must put as many resources as we can onto research that aims to stop the needless suffering and deaths of the famous and anonymous alike. We must combine the use of sophisticated brain imaging methods and genetic analyses in human subjects, with molecular and cellular studies in animals. It’s why we must give the victims of this illness the compassion and help they need, just like we do so for people with other preventable illnesses like cancer, HIV/AIDS and diabetes.

Only in this way will stories like this eventually fall away into history, like the stories of children suffering from polio and smallpox have done. When we make any substantial inroads into effecting a reduction in deaths like this one, there will truly be cause for ‘glee’. Until then, there is only hope – the hope that comes when scientific research progresses.