A common AR claim, that a former NIH Director disputes the value of animal research, is undone….

On June 4th 2013, Elias Zerhouni, a former Director of the National Institutes of Health (NIH) made some comments at a Scientific Management and Review Board (SMRB) meeting that were reported in NIH Record as follows:

“We have moved away from studying human disease in humans,” he lamented. “We all drank the Kool-Aid on that one, me included.” With the ability to knock in or knock out any gene in a mouse—which “can’t sue us,” Zerhouni quipped—researchers have over-relied on animal data. “The problem is that it hasn’t worked, and it’s time we stopped dancing around the problem…We need to refocus and adapt new methodologies for use in humans to understand disease biology in humans.”

This comment has been used by many animal rights activists to claim that animal research does not work. Here is a selection (many more examples exist): 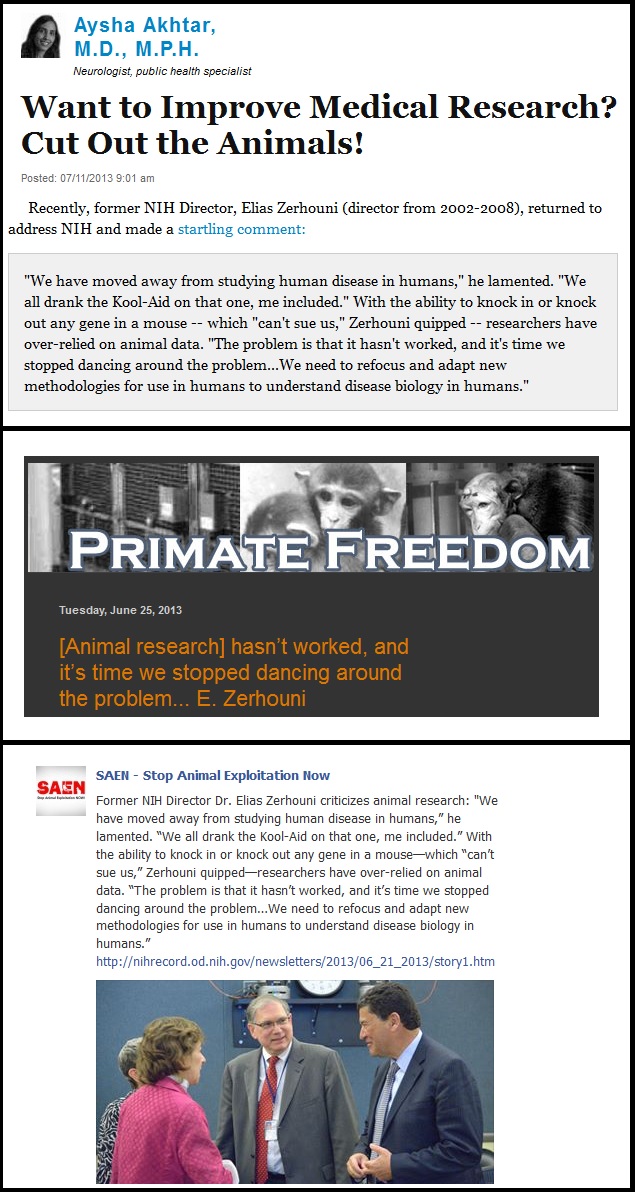 How much of this comes down to Zerhouni playing…